There have always been new studies coming out that tout the next greatest supplement or health trend. Nootropics have been around in earnest for more than 20 years. Though, many of the first to market have given way to the newer kids on the block. 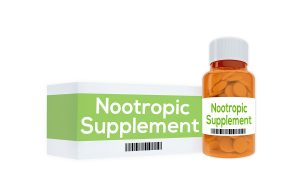 Think of the notion of health 60 years ago. It involved smoking cigarettes, eating lots of red meat and potatoes, afternoon and evening cocktails, and maybe some sit ups and push ups. Over the years that notion has changed.

The belief about what the brain and how to improve it has changed too. At one time, anyone with mental illness would have been sent to live in the hospital like One Flew Over The Cuckoo’s Nest or be subject to taking a lifetime of harsh medications while dealing with electroshock therapy.

It’s no wonder why no one who had mild depression or anxiety really wanted to admit to having that problem. In the early 1990’s when anti-depressants and anti-xylotics had breakthroughs, it was the dawn of a new era, where people could find help that worked.

At the same time, brain improvement became a hopeful achievement as well. The re-discovery of natural herbal remedies fueled the supplement industry. Though, not to stop there, nootropics, which improve brain performance and function, while preventing neurological deterioration are still the rage.

Now, because people’s reasons for seeking brain improvements differ and may include better focus for final exams or a big work project or stopping the disastrous effects of Alzheimer’s disease, the best nootropic supplement will differ as well.

The key to staving off or stalling Alzheimer’s and incidentally stroke is in using a combination of Co-enzyme-Q10 and the nootropic Acetyl-L-Carnitine. Acetyl-l-carnitine has the benefit of neuroprotective benefits that help the brain’s assault against this devastating disease that decimates brain cells.

This is a useful nootropic for everyone who is looking to maintain their youthful brain functioning as well. Alpha lipoic acid and carnosine together with acetyl-l-carnitine are able to work effectively against immune disorders, such as cancers, and against brain decline in Alzheimer’s.

For people looking for a boost in their production at work, a more significant cognitive enhancement may emerge from Noopept. It is a better version of the very first supplement coined as a nootropic, piracetam. It works by stimulation of NDMA, AMPA, and nicotinic receptor sites.

It is like it magnifies the power of the acetylcholine receptors to make learning and concentration much better. Of course, because the neurotransmitters are more “awake” it gives the perception of greater brain stamina and energy.

Basically, the idea is to determine the necessity and inform it by finding the right nootropic. It’s an exciting time in the world of neural health and time to get on board for better longevity and mental performance. Incidentally, some of these nootropics will handle anxiety and depression as well.